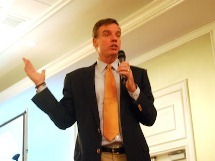 Mister Kleen attended Bisnow’s recent 2nd Annual Northern Virginia State of the Market summit, which drew in hundreds of commercial and residential real estate professionals seeking to learn more on the looming challenges and growth opportunities in the NOVA region.

Dr. Linneman spoke on the state of the real estate economy as whole and how good performing areas, like the DC metro region, are still prone to negative impacts of rising interest rates.

Despite the macro-economic impacts, Peterson discussed how his firm is growing in the NOVA region. He even shared how his company recently purchased an office building through an online auction with a single click and two credit cards.

Shortly after, a panel discussion took place among several high profile leaders and influencers in the Northern Virginia real estate market. Panel member Mike Stires, Principal of Bowman Consulting, discussed the number of opportunities near Fort Belvoir as a result of rezoning’s, and Dale Powell, Principal of Cassidy Turley, sees  more companies moving into Class-A buildings in the NOVA region due to attractive lease rates.

Of course, one opportunity that has everyone’s attention is with the expansion of the DC Metro Silver Line. According to Dr. Gerald Gordon, Fairfax County Economic Development Authority, several companies would not be seeking to relocate to the NOVA region if it weren’t for this project.

To cap the event off, Senator Mark Warner spoke on the good, bad and the ugly facing the DC metro region in the near future as a result of sequestration. Despite the near and long-term setbacks, however, Warner did express optimism for the NOVA region with respect to other areas of real estate growth through cybersecurity, crowd-funding, cloud technology and more.

What’s your prospectus for the real estate market in the NOVA area? Will companies flock to the region as opportunities like cybersecurity continue to make headway? 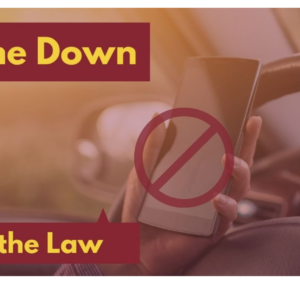 What You Need to Know About COVID-19 Testing